About Us » Our Campus

In the Fall of 2018, we eagerly moved into our current campus - the historic John McDonogh High School Building. In honor of the amazing leaders and learners that graced this building prior to our arrival, we have adopted the "John Mac" Trojan as our mascot and proudly don green and gold as our school colors.

The History of Our Campus Facility 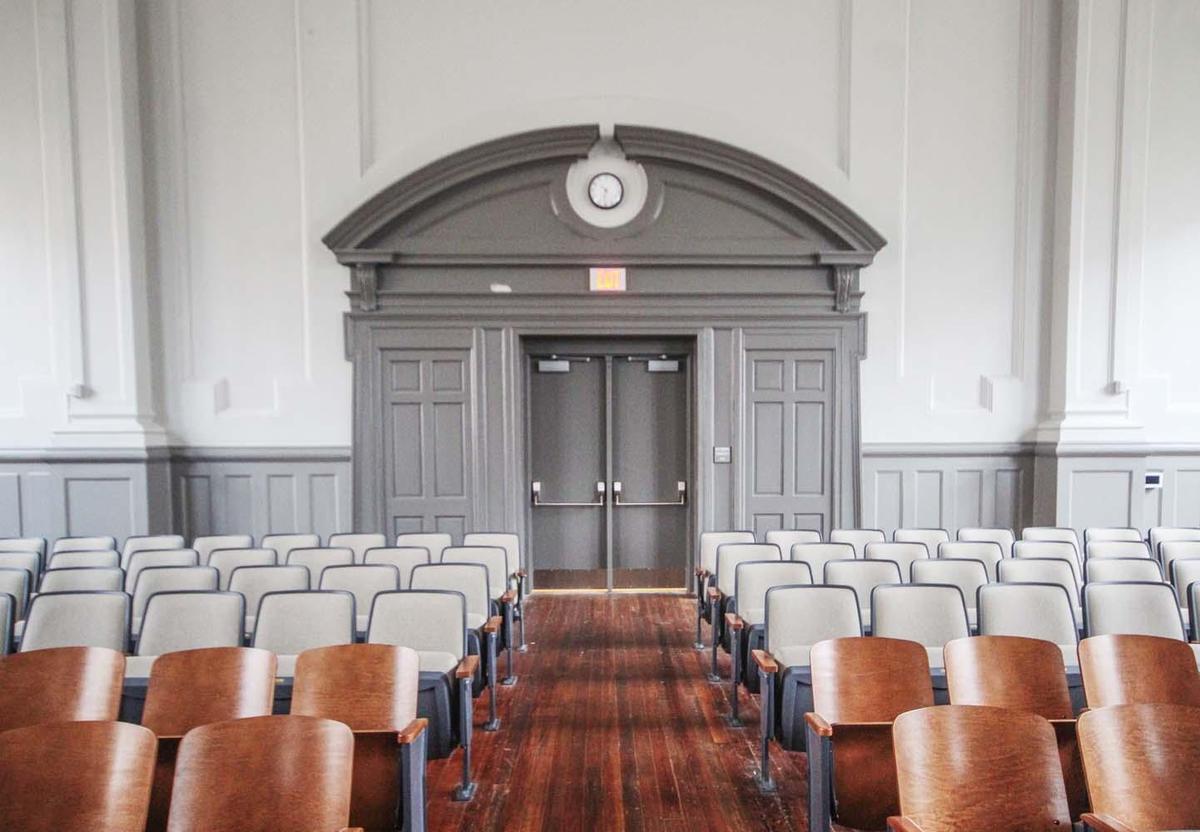 Designed by architect E.A. Christy, the 97,000-square-foot building at 2426 Esplanade Ave. opened to students in 1912 as the Esplanade Girls High School. It was the “fraternal triplet” to Warren Easton and Sophie B. Wright schools, which also were designed by Christy and built between 1910 and 1913, according to research by Kenneth J. Ducote, an expert on New Orleans school buildings, former teacher and assistant principal at John McDonogh High School and now executive director of the Greater New Orleans Collaborative of Charter Schools.

Built at a cost of $188,000, the Esplanade Girls school had wide hallways, a broad front staircase, an early version of a school cafeteria, as well as French floor tile and Georgia white marble wainscoting in the restrooms. It also was raised, with no classrooms on the first floor to avoid flooding, according to Ducote’s research. (The city’s first screw pump for drainage would be invented by A. Baldwin Wood in 1913, a year after the school opened.)

In a 1913 article, the American School Board Journal praised Christy’s latest designs. “In the brief period of five years, [New Orleans] has experienced a complete renaissance of school construction,” wrote author Louis A. Dodge. “The architectural design has been raised to a high level of artistic merit; a logical, economical standard of construction has been adopted…”

Just 11 years later after it opened, the Esplanade Girls High School would be renamed John McDonogh High School, but it still served only white female students. In 1952, it would become co-educational. In 1969, the school was desegregated.

Over the past century, the building has adapted to changing educational needs. In the 1950s, classrooms were added to the first floor; the campus was expanded across Barracks Street; and a gymnasium was built.